Skip to ContentSkip to Navigation 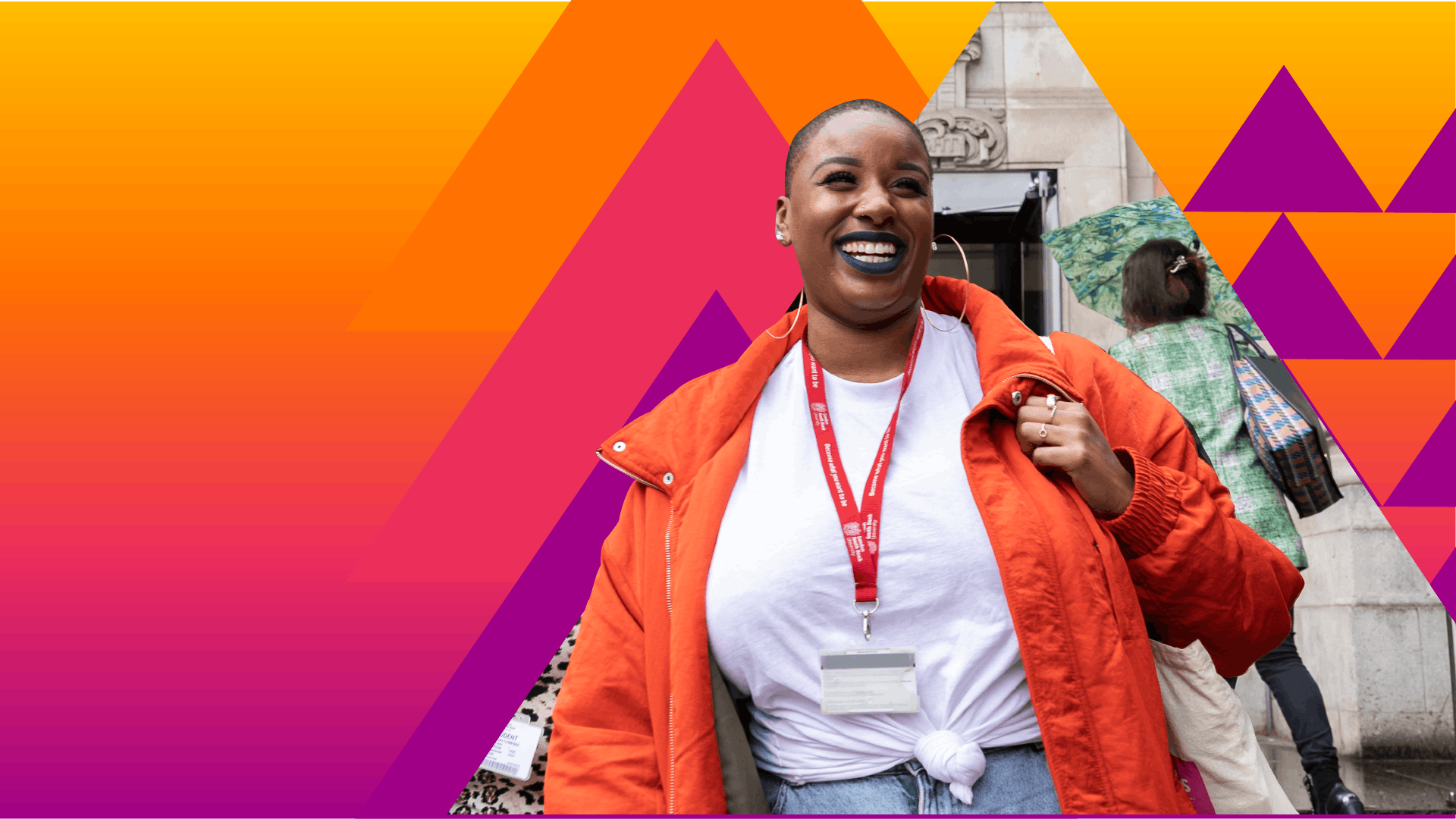 LSBU knew which online resources they wanted to use as part of their comms strategy. So with those in mind, we created a student journey map from initial touchpoint to enrollment, working together with the LSBU team to map out the level of personalization, tone of voice, messaging and call to action necessary at each stage of the process.

We then designed a different comms plan for leads depending on platform, audience and device type. Once the nurture strategy was completed, we designed beautiful, bespoke email templates for the team to use in their CRM platform.

Three pathways were created for a high level of segmentation and personalization:

Mature students will often have received their results in previous years and will be applying for a place for the first time through Clearing, as opposed to traditional students who could decide to go through Clearing last minute. Motivators, barriers for attending and influences differ for each audience, so the messaging was tailored to increase conversion.

Google leads are traditionally more qualified than those from Facebook due to the nature of the platform. Therefore, the tone of voice and CTA was more action-driving from the get go for Google leads, with more general awareness content for Facebook prospects.

Asking leads how they wanted to be contacted meant some prospects received our newly designed email templates, while others were nurtured via SMS. 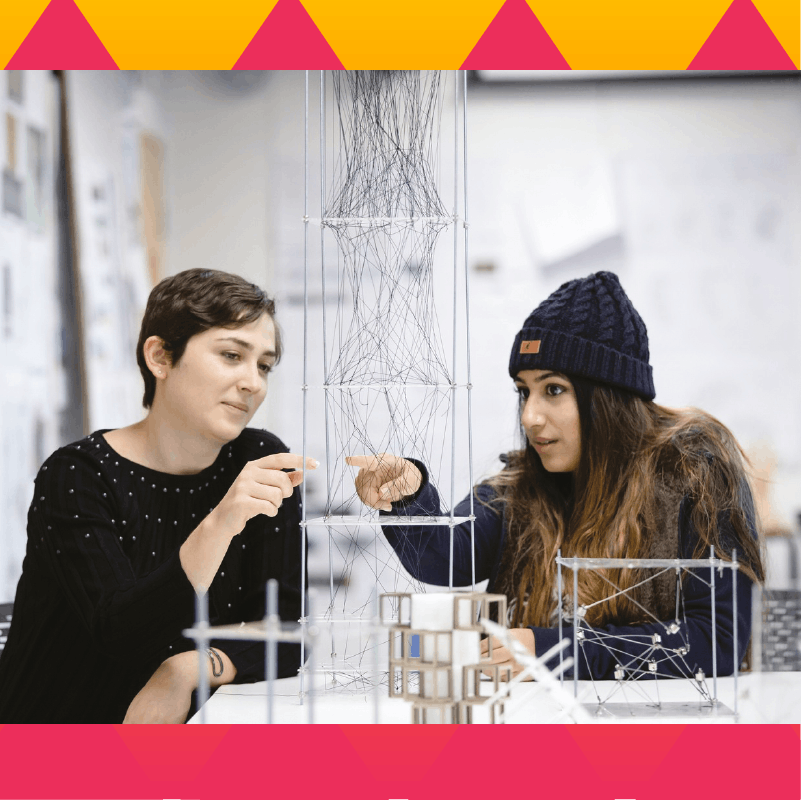 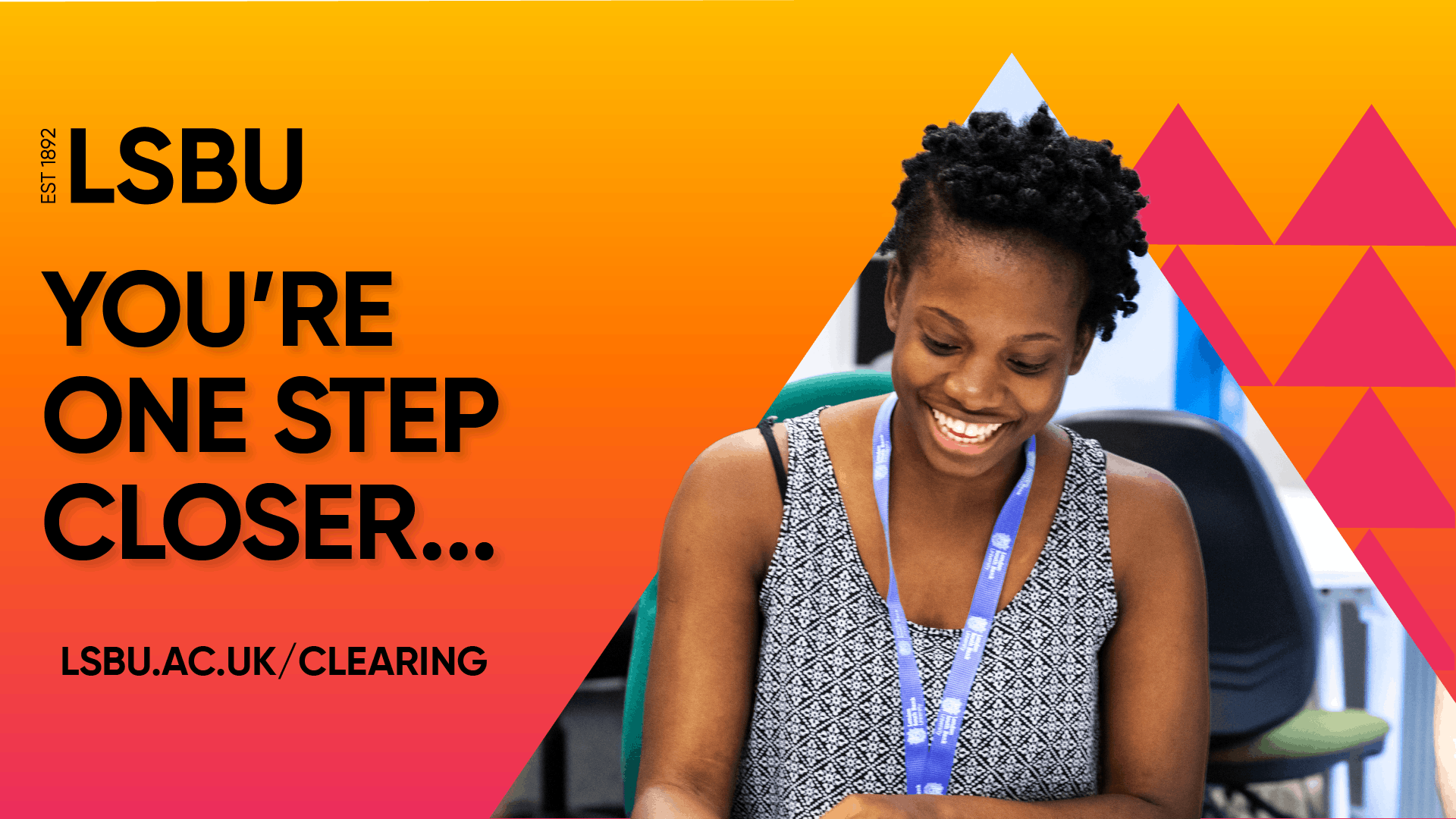 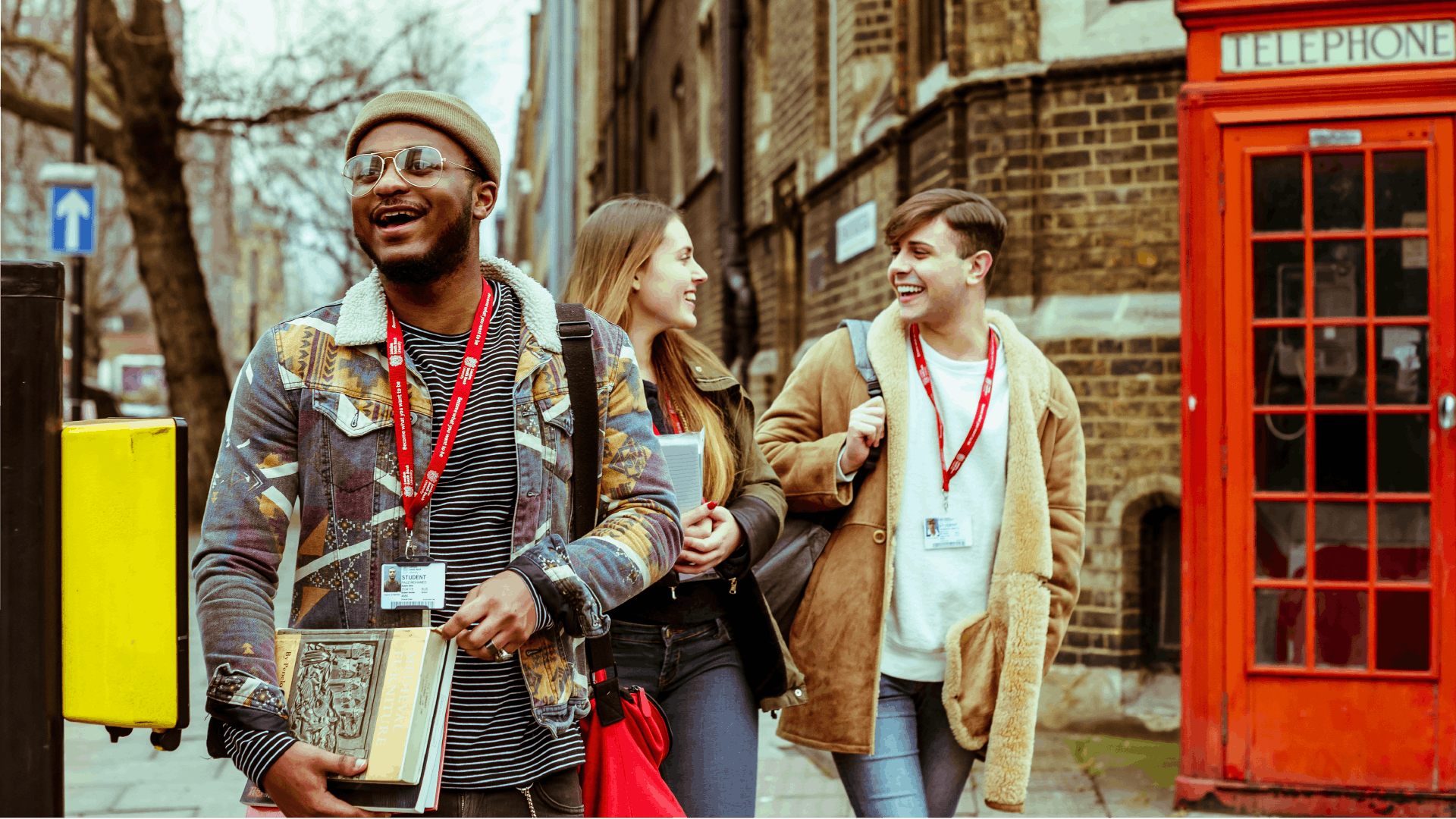 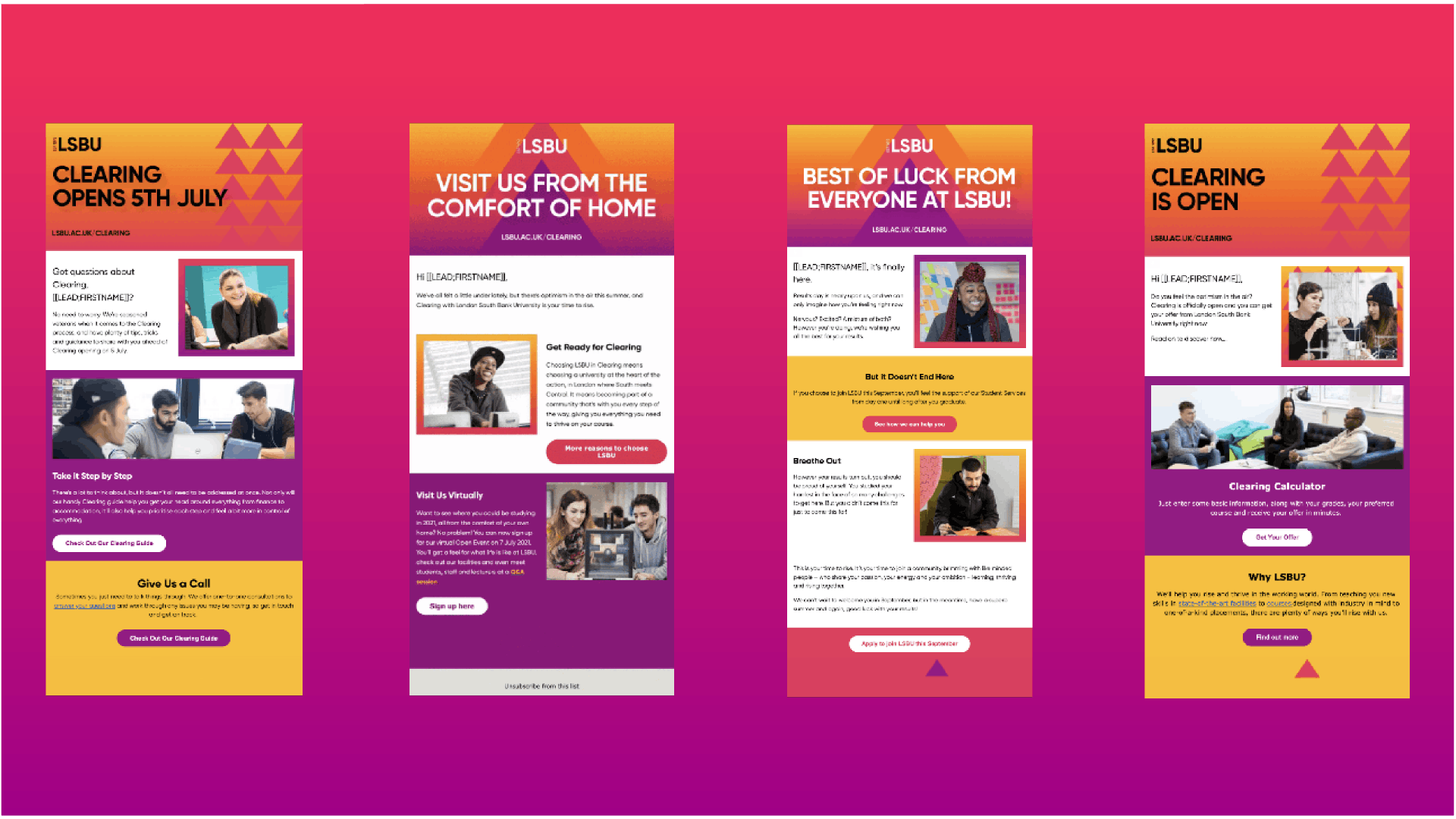 At the time of this case study, LSBU have achieved open rates as high as 86% and click through rates of up to 42%. This level of segmentation and personalisation also allowed them to identify the messages that were resonating the most with particular audiences.

Google leads showed higher conversion rates for action orientated call to actions, with the traditional audience showing higher click to open rates, with numbers as high as 34% further down the nurture journey.

Providing leads with an option of how they wanted to be contacted demonstrated to be a successful nurture strategy, with SMS proving to be very effective in communicating with leads via a different channel other than email.

Stay in the loop